A couple weeks ago I went on a weekend trip to Germany to see the Christmas Markets. In the markets one of the foods that are poupluar are these doughnut dough ball things covered in powered sugar. 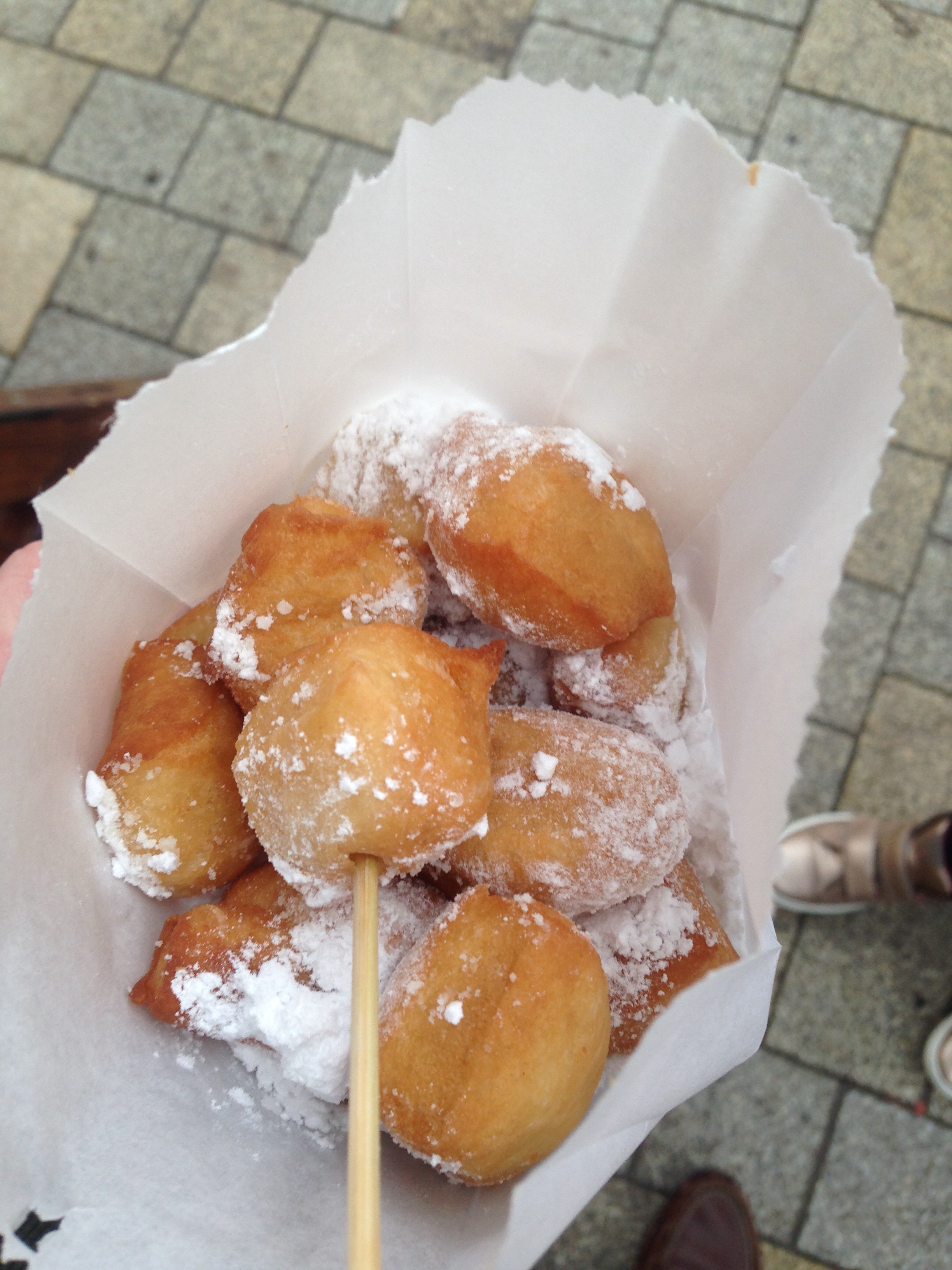 One night me and my family where walking along the shopping street and we paced a realy cute window that had a bunch of little elf’s that where in a bubble bath that had fake water. And there clothes on the side and on the side a elf was drinking wine.

Then later in the night we went to a another market that was the oldest market in Germany. While we where walking around we looked up and music turned on and then Santa appeared in the sky with four of his reindeer right in front of him. Then he started flying towards a huge Christmas tree then he started flying backwards. Sooner then you could guess he stopped and the show was over.

The next day I went to a soccer match and it was FC St. Pauli against MSV Duisburg. In the last few matches FC St. Pauli was losing, but this time they sucked up and unproved a lot and the score was 2-2. But I didn’t mention that just a few days before the match they had gotten a new coach.

Keep on reading because my next blog will be Disney World!