On Thursday night (Jan.17) my mom, dad and I arrived in Southampton, England. The main reason we went to Southampton was to see the football/soccer match.

When we arrived we headed to our airbnb, which was a boat! It was very nice and spacious. The only annoying thing was when the boat rocked at midnight and woke me up. The motorboat had two bedrooms, two bathrooms, and had nice living spaces both inside and outside. Too bad it was too cold to enjoy the outside areas. My room was small but cozy.

Since it was late we were quite hungry, we quickly found an Italian restaurant. This restaurant was told to have the best Italian food around. The place was called Ennio’s. It was definitely not the best I have had (because as you may know I have been to Italy many times). Here is what we had and how good it was. We started with a scrumptious shrimp that was nice to snack on. Next we had melon with prosciutto as a starter. It was good, but not really in season. The last thing I want to mention is the tagliatelle with red sauce which was good. 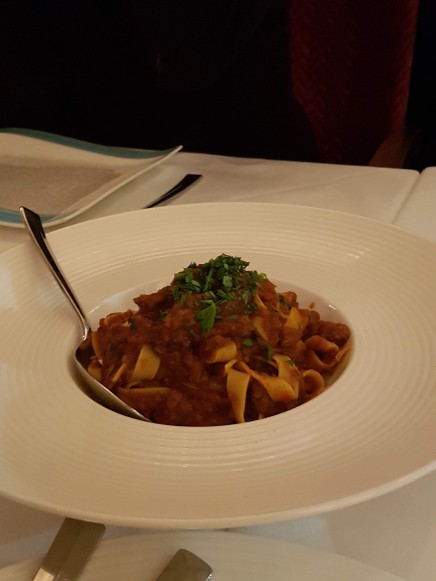 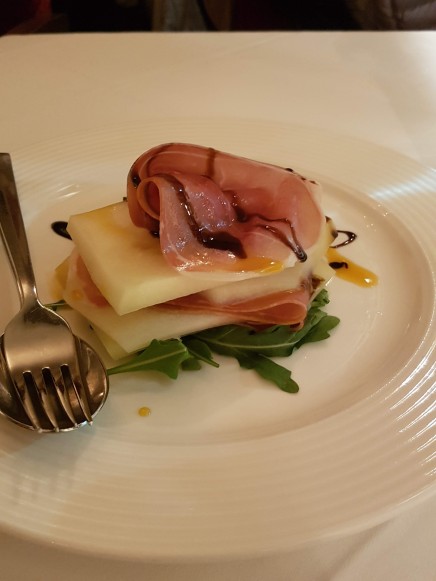 The next morning we had a day tour arranged with a  guy called Geoff. His brand was: http://www.executiveconnection.co.uk Geoff was very nice and funny. I definetly recommend Robert as a tour guide.

Our first stops were Bluehenge and Woodhenge. This is a sight similar to the more famous Stonehenge, but they helped to better understand the area.

As we drove through the forest with wild horses, we saw a huge estate. Turns out that it was Sting’s (from The Police) house. This was fun since I am learning to play/sing Every Breathe You Take for my spring guitar recital.

Our next stop was in Salisbury to see the famous church, the Salisbury Cathedral. The church was very pretty and we enjoyed learning lots if history. One of the highlights here was seeing the original Magna Carta and the first clock dating to 1386. The Magna Carta was agreed to in 1215 between King John of England and the people. It is a very key part of history as it provided basic rights to the common people and limited the rights of the Crown to simply throw people in jail whenever they wanted or to demand payments.

Something that I thought was very interesting was that for paper they used animal skin and it was VERY expensive. So people wrote as small as they could (very small) so they didn’t waste any space. 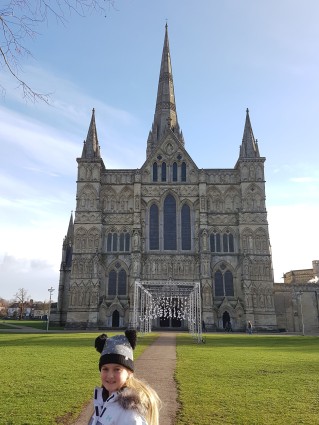 At the church we had a snack/bite/small lunch. I enjoyed a fresh English scone and a fresh smoothie.

The next stop was the famous Stonehenge. When we got there we had a snack of a verity of fresh bakery items. Before we saw the actual rocks of Stonehenge we went through an exhibition to learn about the area and why it was important. Then we saw the houses/huts that people would have lived in.

The area was developed 5,000 years ago! Think about that, 5,000 years is a long time ago to be able to design, move, and contruct such large rocks. Stonehenge is still mostly a mystery today. Who put these stones here? How did people get these rocks? Why are these rocks here?

After the exhibition we took a bus to Stonehenge. It was beautiful (but cold and windy). While not the most exciting to see some large rocks, it was fun to let your mind think of life 5,000 years ago and what this all meant. 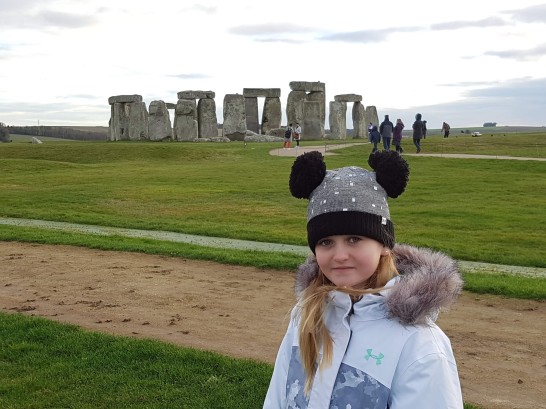 After that we ended the tour, Geoff brought us back to our boat.

For dinner we went to a place called Dancing Man Brewery. It was very good. When we walked in we where a little worried that it was only a brewery. After we asked for dinner, they showed us their upstairs which was were they served dinner. The food was delish! We got two very filling and tasty English pies. I got a great fresh hamburger.

The next day was the football/soccer match. We had the morning free to see the city, so we went to some museums. However, we had to get fueled up first, so we searched for a place to go for breakfast. We found a place called The Docks. I enjoyed it. We got a freshly baked cinnamon roll. My dad was happy to get the “Full English breakfast” there, which was good because he kept talking about wanting that.

The first museum we went to was called the Solent Sky museum. Here a guide let us go in side a few small planes. He also let us go in the flying part of a large sea plane. We were not sure why he picked us, but we were the only ones permitted to these areas.

The next stop was the football/soccer match. At the match we got special priority because my mom works at Under Armour which sponsors the Southampton football club. Prior to the match, they offered a sheet that you could fill out and guess the final score. My dad managed to guess the right score but we were sad to find out that after you get it right they pick a name from a hat and my dad wasn’t picked which was sad. The food was very good they had 3 good courses. I really enjoyed the hamburger and the cheese plate. On the cheese plate they had a delicious cheese called Munster.

We enjoyed the game!

The next day we went to a museum called Sea City Museum. It was based on the famous Titanic. The Titanic set sail from Southampton for its first trip to New York. However, the ship hit an iceberg and sank. We had all heard of the story before, but it was a great exhibit explaining everything in more detail. Something we hadn’t considered was how many people local to the city tried so hard to get work on the ship, only to not survive. My favorite part was where I could sail the titanic in a video game (I was great and didn’t sink, they should have hired me).

After the museum I enjoyed shopping at a stationary store called Smiggle. All of Smiggle’s stuff is scented. Spending time at a shopping mall may not have been the highlight for my paretns, but I sure enjoyed it.

We enjoyed a sunny walk over to a fancy ‘roast’ at the Harbour Hotel. We hoped to find a classic English roast. But that it was not. It was quit fancy, but we where still very happy. 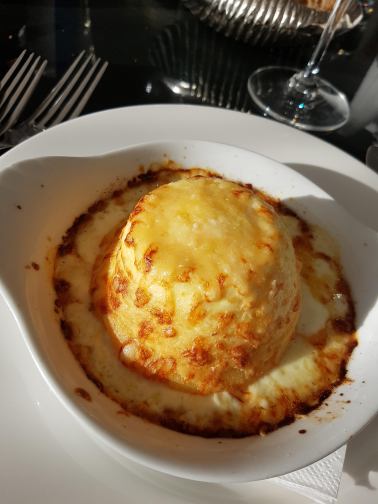 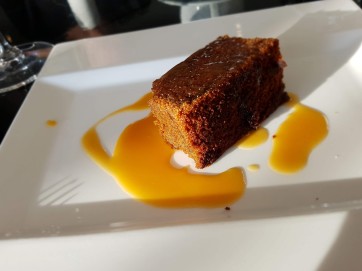 At the end we where full.

From there we flew back to Amsterdam.